Rick didn’t begin his transfer story until he was 50 years old. While Rick did want to go to pursue higher education straight out of high school, he instead focused on supporting his family by going straight into the workforce. After working for the same company for 20 years, the company moved its operations outside of the country, and Rick saw this as his opportunity. He was able to attend two years of school at Wilkes Community College, and then transferred to Appalachian State University. Now, Rick is working on his Doctorate of Education in Educational Leadership and has been at Appalachian State since 2012.

“Appalachian State felt like home,” said Rick. “I really love the sense of community.” He knows that transferring schools comes with some obstacles, but thanks to help from the faculty and staff, Rick found it easy to get acclimated. He felt that the professors at Appalachian wanted him to succeed, and that helped tremendously. Since coming to Appalachian State, Rick has worked in the Student Learning Center, helping student-athletes with their studies. He also worked in Business Career Services and helped students get jobs after graduation. Now, Rick is an advisor on campus and says he loves helping students at Appalachian State pave their way to success.

Rick didn’t expect to climb the education latter this high, but he is glad his hard work paid off. “You have to be diligent, preserve, and don’t listen to the nay-sayers,” said Rick. “If you have a goal in mind, follow it. My dream just happened to be going to college!”

Rick encourages business-oriented transfer students to stop by his office in Peacock Hall! 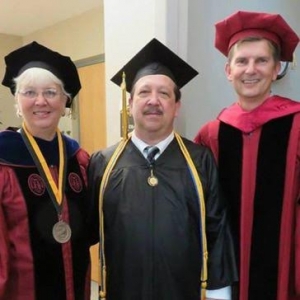 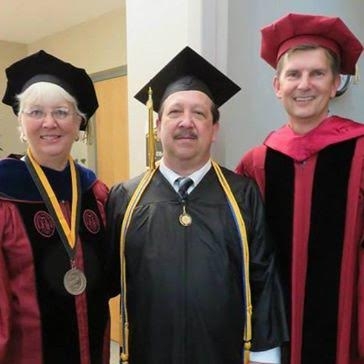