Thankful to our Student Veterans for their Service

When Morgan Ferguson was 18, he knew he wanted to follow his dad’s footsteps and join the military. Not only his father, but many of his great-uncles and grandfather had also served. So even when his parents offered to pay for college, he made the decision to join the Army. Now, at 23 years old, he is working on his first semester at Appalachian State and working towards his degree.

Transitioning from the military to college life can be difficult at times. Morgan says it took him a while to adjust to the way people communicate and the obvious age gap between him and other freshman students. Learning how to use the different types of technology used in college was also a struggle. While the military did provide training in some areas of technology, he was surprised at the wide variety of technology his professors use.

A big reason Morgan wanted to attend Appalachian State was because of the mountains and veteran community. He was promised a “home-away-from-home” and that’s exactly what he received. The campus Veterans Resource Center offers many resources for veterans, including representatives from multiple offices who visit weekly to make sure veterans have the help they need. This includes representatives from Counseling, Career Development, and the Library. These resources helped him get better adjusted early in the semester and now he visits the office 2-3 times each week. Morgan loves how friendly the people of Boone are, too, and how you can start up a conversation with anyone.

Morgan encourages other veterans at Appalachian State to visit the Veterans Resource Center and take advantage of their resources. We thank our student veterans for their service and are lucky to have them at App State! 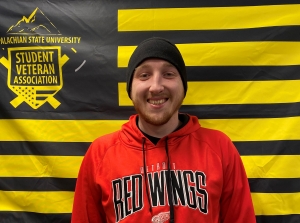 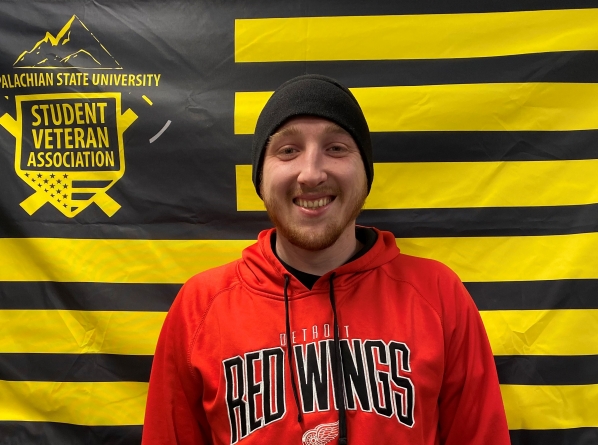